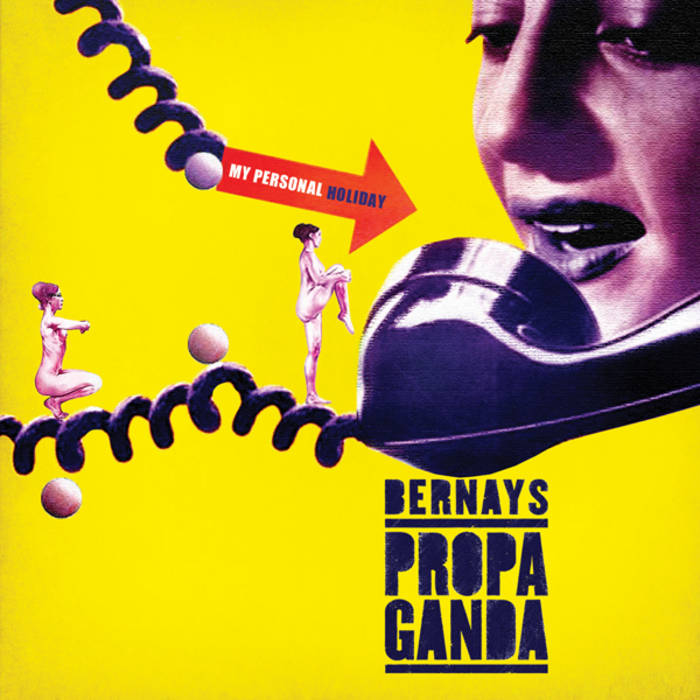 Today the messengers seem to act not only as a means of informing, but also as the creators of all seduction, manipulation and mind-control that make us more insensitive to problems that surround us, meanwhile packing their own pockets with cash only to bring fast-paced entertainment to our homes. These are the situations and moments that Bernays Propaganda, appropriately named after Edward L. Bernays, the inventor of PR and all subsequent mediapowered destruction, seek to evoke and rebel against.

From the very beginning of their music journeys vocalist Kristina Gorovska, guitarist Vasko Atanasoski, drummer Dzano Kuc and new bass player Nenad Trifunovski always had to say something which would make you stop and think for a while. Working together as a groovy punk collective Bernays Propaganda, they started more than a couple of small fires very well beyond their home country Macedonia, playing more than 100 shows in nearly every European state during 2009 – east to west, north to south – promoting their debut album "Happiness Machines" during two European tours, they grew in people's hearts and rinsed the media dirt from their ears with dancey music and fierce lyrics. Although sung in their native Macedonian, numerous favorable reviews from abroad prove that Bernays Propaganda's songs, besides all linguistic differences, have more than suceeded to convey the message where it matters.

Shortly after "Happiness Machines" saw the light of the day, Bernays Propaganda started writing their sophomore full-length entitled "My Personal Holiday", which is set for release in May 2010, again on Moonlee Records. Mr. Moonlee just couldn't let them pass, you see – more than ever before, the world needs to hear what they propagate, and who could spread their message better than Mr. Moonlee's little helpers – just to prove that propaganda works both ways. Beating the bastards at their own game has rarely been this much fun! "My Personal Holiday" was recorded utilizing the DIY method by bass player Nenad Trifunovski at the turn of the year and was mastered by noble gentleman Carl Saff soon afterwards. Cover artwork was handled by singer Kristina Gorovska and Caci Chavdarovska.

Musically and lyrically, Bernays Propaganda will satisfy the hunger of everyone who couldn't get enough of their high-energy danceable post-fpunk grooves found on the debut album. Influences such as Gang Of Four, !!!, Fugazi, The Slits, LCD Soundsystem, Gossip and the likes
first come to mind, manifesting in the form of hopping guitar riffs and licks interchanged with thumping, groovy bass lines, all linked together with a drum play so uplifting it makes even the dead get up and dance. And the female vocals on top of everything! Uncompromizing and ferocius while amiable at the same time, blasting lyrics as sharp as the razors, shredding rotten souls of false idols, malevolent politicians, deceiving leaders and overly-restrictive governments to thousands of hardly-amendable pieces with such a misterious charm, always kicking exactly where it hurts with a dead-serious attitude.

So, to sum it all up, we urge you to get this album as soon as possible and dance away to what Bernays Propaganda packed up this time. Let "My Personal Holiday" be your personal soundtrack to much-needed changes, within yourself and around you. Is there a better way of of doing it than in such an entertaining, body-moving mannerenjoying? Hardly, barely... Happy Holidays!